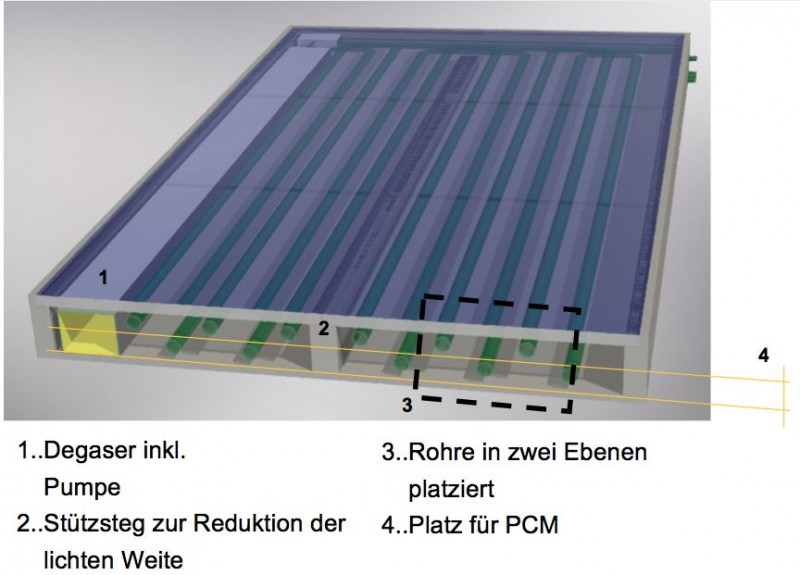 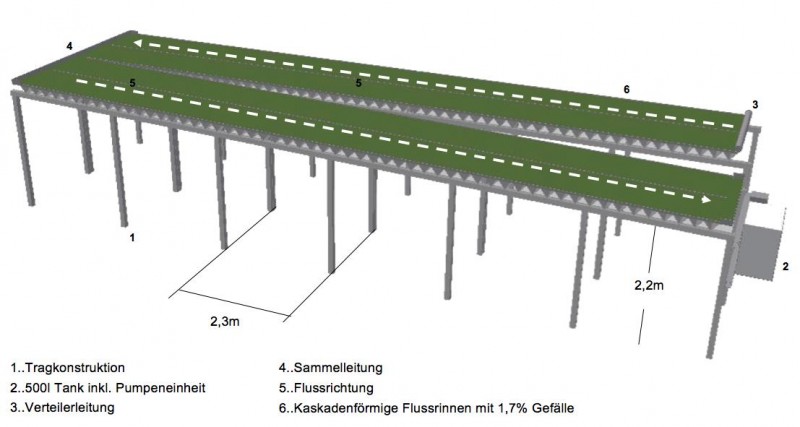 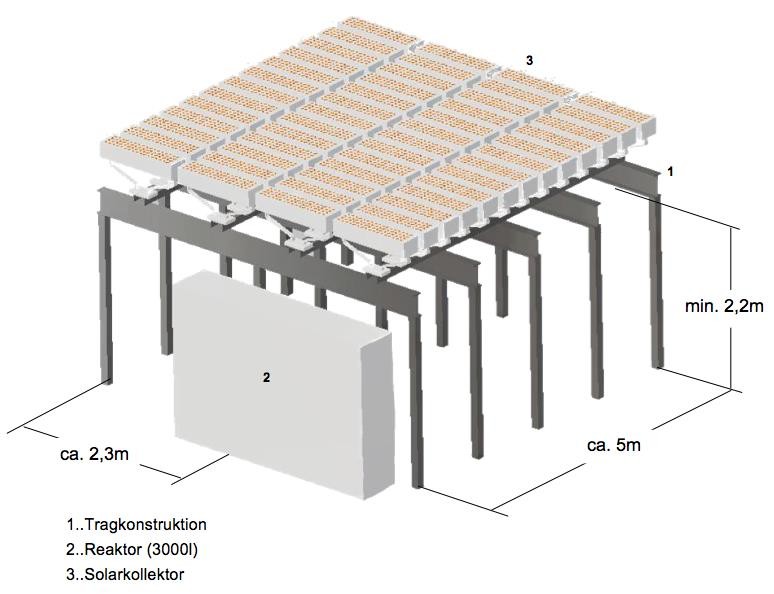 Some traffic and parking areas in the urban environment are only used during limited periods. This is true, for example, for parking spaces in large, peripherally located cinemas, which are usually only occupied to a significant extent in the evening hours. The parking spaces of many peripheral shopping centers are also only used intensively from late afternoon onwards and on Saturdays. The rest of the time these areas are empty and have neither productive nor decorative use.

At the same time, a problem with the use of renewable energies, in particular solar energy and bioenergy, is their space requirement, which results from the low energy density of solar radiation. It is often correctly criticized that the intensive use of renewable energies can take up areas that are ecologically valuable or would be used for other purposes (in particular food and feed production).

Due to the poor use of some traffic areas, it makes sense to additionally use such little used areas, which are already lost for ecology and food production anyway, for energy production. This can be done, for example, by means of photovoltaics, but also by cultivating microalgae. Such a form of use would have the advantage that the algae could be used not only energetically but also materially (as raw material for bio-refineries or fertilizer production).

This approach was examined in more detail in the Green P project, where the evaluation of weather and land use data, technical and scientific basic considerations and calculations as well as simulations with specially created computer models were used. In addition, an economic evaluation including an analysis of the cost-driving factors was prepared.

Three concepts for microalgae cultivation have been developed and studied in the project:

According to the simulation calculations, yields of 7-8 tons of biomass per hectare and month can be harvested. The heat balance has proven to be an essential criterion for productivity. Here, solutions integrated into the soil have clear advantages. Although evaporative cooling in open systems is relevant, it cannot prevent a significant reduction in productivity.

As the economic analysis clearly shows, a purely energetic use of the produced biomass is not effective. The cultivation of microalgae can only make sense if the material components are included, either through the direct use of local waste water and exhaust gas streams, or through the production of locally used resources (e.g. fertilizer for urban gardening or fish feed for aquaponic systems). These two goals are in competition, because the higher the quality of the products, the more difficult it is to integrate waste streams into their production.