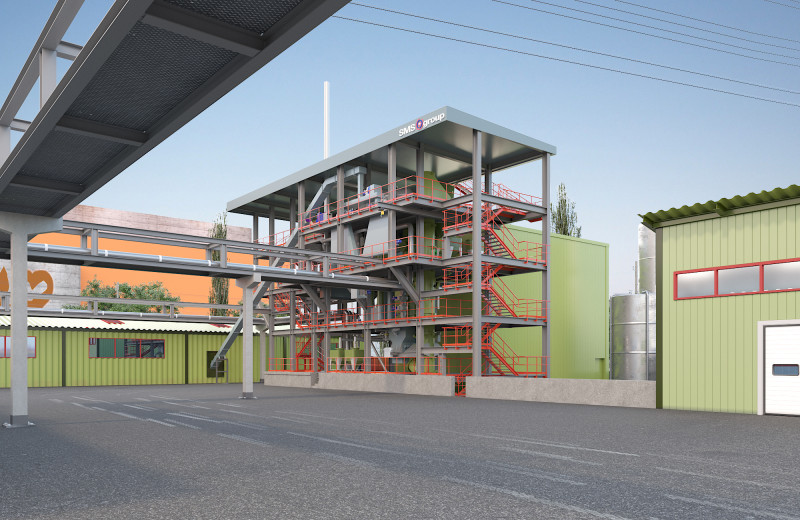 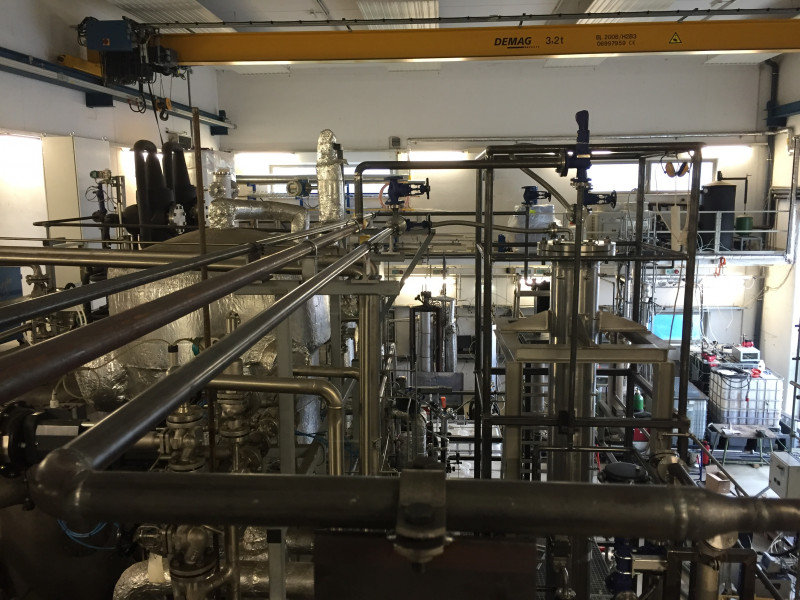 Construction has started on a new pilot plant in Vienna, Austria, which will demonstrate the conversion of waste materials into eco-friendly and carbon-neutral fuels. At the site of a hazardous waste incineration plant in the urban area of Vienna, BEST – Bioenergy and Sustainable Technologies - will operate a novel process chain to generate and utilize a hydrogen-rich synthesis gas on an industrial scale. The plant is being built by the SMS Group.

For years, BEST has been working with the Institute of Process Engineering at the Vienna University of Technology to enhance fluidized bed conversion technology for syngas production, a process which, to date, has only been implemented on an industrial scale using wood as fuel. Now a 1 MW pilot gasifier is being erected at the site in the city of Vienna to research and demonstrate the use of waste materials at a scale that allows full integration into the site’s waste incineration processes. The gasifier is the key technology for a series of downstream options to upcycle the syngas produced by the gasifier. The various upcycling pathways to create CO2-neutral green diesel (Fischer-Tropsch (FT) fuel) and green kerosene, mixed alcohols, synthetic green natural gas and green hydrogen, all play a role in the City of nVienna’s decarbonisation strategy. For the SMS Group, a world leader in plant engineering for the steel industry, this new technological field represents an addition to the electricitybased production of hydrogen as an energy source and reducing agent in steel production
which it currently offers in its core markets.

The Waste2Value project is driving the use of waste residues to produce hydrogen-rich syngas. The project focuses on waste fuels such as sewage sludge, residues from the pulp and paper industry, and mixtures with waste wood. In a second process step, the syngas is synthesized into liquid fuel (high quality diesel and kerosene). The current stage of the project runs to 2023 and covers construction and start-up of the pilot facility to gain the relevant operational experience. The Waste2Value research programme examines the entire process chain, starting with the waste fuel, and including syngas production, purification, treatment and synthesis through to the final refining and use of the FT fuel in fleet trials for public transport. The plant is the first of its kind in the world designed to demonstrate the use of this technology in a single, end-to-end process in an industrial environment. The project results will allow the process to be evaluated in economic and technical terms, providing the basis for the planned industrial-scale implementation of the process.

Construction of the plant began on 17 September 2020, start-up is planned in Q2 of 2021. The COMET project is funded by the Austrian Research Promotion Agency (FFG) and managed by the K1 Competence Centre BEST. In addition to Wien Energie and SMS Group as noted above, the company partners also include Heinzel Paper, Wiener Linien GmbH, Wiener Netze GmbH and the Österreichische Bundesforste (Austrian Forest Authority), while Vienna University of Technology and the Luleå University of Technology are the scientific partners.

The many applications of syngas

The technological key ingredient of the process chain is a thermal conversion process turning waste materials into syngas which in turn can be converted into a variety of energy carriers such as green fuels, green gas, and green hydrogen. If the feedstock is renewably sourced (wood, wood waste, sewage sludge, biogenic waste, etc.), the final products are equally 100% renewable. Non-renewable residues such as non-recyclable plastics can also be processed. While less sustainable than the carbon from renewable feedstock, the carbon from non-renewable feedstock would be upcycled for multiple usage-cycles, similar to the system of paper recycling.

It is also possible to mix fuels, resulting in a mixture of renewable and non-renewable recycled carbon in the resulting products (green fuel, green gas). It is worth mentioning that legislators could use 14C radiocarbon dating to determine the exact fraction of renewable and nonrenewable carbon in the product (green diesel, green gas) to give them a very robust, tamperproof and scientifically accurate way to establish a carbon taxing scheme.

The gasification technology is highly flexible, enabling the production of a broad range of potential end products: not only can it be used to produce sustainable fuels for transport sectors in which batteries are generally unsuitable (e.g. agriculture, long haul transport, aviation), but the same technology can also be used to produce green gas for the natural gas grid, or green hydrogen for future mobility solutions and industrial applications.

A by-product of FT fuel production (which incidentally also generates far fewer particle emissions than fossil diesel during combustion) is a series of valuable chemicals needed in the chemical industry. Another option is to synthesise the generated gases into sustainably produced alcohols which are also required in the chemical industry. Where sewage sludge is the starting material, there are first promising research results that the contained can be recovered as fertilizer directly from the process. Phosphorus is essential in the manufacture of agricultural fertilisers. There are only two phosphorus mining areas in the world, and it is estimated that these will only continue to be productive for a few more decades.

All in all, thermochemical syngas production is an extremely promising technology, with significant potential to become a key element in tomorrow’s “Green Economy”– especially in densely-wooded areas, like for example Austria, California and Canada but also in waste treatment in general, swapping landfills for renewable, upcycled energy carriers.